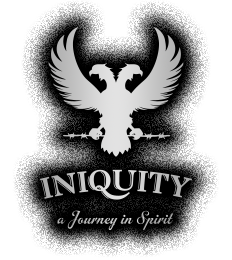 Ten teams of three whisky enthusiasts gathered on the evening of 23 July at Ruby Rose Cuchina in Norwood to compete for the honour of designing an Iniquity whisky.  One team emerged the winner and Batch 017 was created.

It sounds dramatic, fiercely competitive and serious, in fact it was anything but.  The night was a hoot, lots of laughter, lots of fun and of course lots of whisky.  The eventual winners were Peter Golotta, Josh Macks and Cody Banks, but the top three entries were separated by less than one point in the scoring.

We have put together a short presentation to give you a feel for the event,.  It includes an interview with the winners explaining a little of their design philosophy.

Whlst we don't particularly want our fans designing all of our whiskies it seems that our fans want to!  We will be holding this event again in the first half of next year in Sydney, and in Melbourne in the last half of 2020.

Batch 017, The Den's Dram, will be available to Den Members from next week.  I hope you will join me in congratulating Peter, Josh and Cody on a job well done.

Cheers from The Shed.

Top < Back to News